Attitude over competency in recruitment 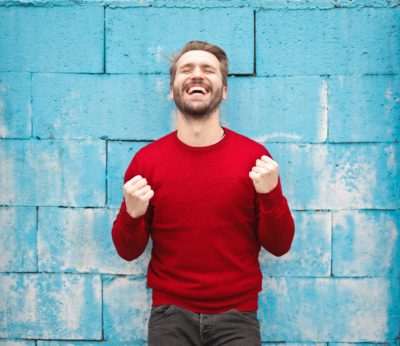 In today’s world, increasingly attitudes are becoming more important than relying on competencies in identifying the best talent in the recruitment process.

For too long ‘attitude’ has taken a secondary role to ‘competence’ in Human resource recruitment and retention processes. Yet attitude attracts competency, and having the right attitude means an individual’ capacity to perform above and beyond what is required is enhanced enormously.

I have very recently been involved with two clients in different countries that have made me even more convinced that we need a balanced view of the use of both competencies and attitudes.

Is attitude a competency?

Attitude is more important than competency because the right attitude can attract competency.

In the first, recruiting a new CFO to deal with a ‘business transformation’ the CEO initially went out to head hunters to find experienced people who could help with this task.

He soon realised that of the many candidates who were asking large packages for their experience, that many had an approach of overlaying their ‘blueprint for success’ based on previous work.

The concern the CEO had was this blueprint did not take enough account of the existing organisation, its practices and culture that set it apart from competitors, and he wanted to maintain the fundamental bedrock on which the organisation built its previous success. He wanted transformation, but not reconstruction which these people offered.

He also realised that there was an ‘I know best’ approach that would negate any real adaption of these blueprints to the specific needs of the organisation.

The CEO did not want to create chaos and huge resistance from the employees and particularly the works council.

I had seen many ‘transformations’ fail in the past, and shared with him my own experiences where the heart of organisations was ripped from them to be replaced by something much more mechanical, dismissing the culture and values of the organisations for the sake of ‘progress’.

The CEO identified someone who was a rising star in the finance department who had grown up in the culture with an attitude which the CEO believed would mean, with some support, the person could rise to the challenge of the role.

Regional bosses were initially against this hire as their approach was to only concentrate on what people had achieved…not what they could achieve in the future.

The person realised they did not have the competencies required but quickly identified ways in which they could learn. Whilst the recruitment process was allowed to continue to find the right external hire the internal candidate started to prove their ability to do the job and was one of the final 4 candidates.

The CEO knew the internal candidate was the best candidate and was given permission to hire them.

Nine months later the new CFO had truly proved their worth, dealing sensitively with the needs of the people and winning the works council to their point of view. The knowledge of the organisation, and ‘how things were done’ meant that the transformation was like creating a bespoke suit rather than one ‘off the peg’.

This smelting business had a different problem mainly because the mine was in a remote area and the town grew to support it with very little other business.

The CEO in this case always had problems recruiting externally because of its remoteness.

When the production manager had to leave for family reasons, the external recruitment process proved ineffectual in finding anyone of the right calibre to apply for the position.

The CEO looked internally and identified someone who had the right attitude being able to collaborate and listen to the needs of the staff and also ‘fitted’ the new positive culture the CEO was trying to encourage. She knew that with some support the individual could do the job.

The CEO’s boss stopped the hire, like the last example, because of the lack of specific competencies and continued the recruitment process. In this case, the CEO was powerless to change the decision but knew that her boss did not realise (however much she told him) the problems of finding the external hire.

The individual is working as an ‘interim’ production manager and the CEO believes that with time, her boss will realise that finding the person with simply the right competencies will not be fruitful.

The Risk of doing something different

Too often organisations are too scared to take risks. They are blinkered by the competency framework that has been evolved and embedded in their organisations over the years and cannot see outside it. The world is changing, and we need to look at what people can do… rather than what they have done.

At Future Resume, our mission is to help organisations identify the best ‘fit’ based primarily on attitudes. The CV only tells you about what people have in their kit bag of skills and experiences, a Future Resumes gives the added dimensions of identifying what are the underlying talents together with a person’s values and aspirations.

We all trust the ‘old’ ways of recruiting, but I believe it is now time to take that risk and put ‘attitude’ above ‘competency’ to find, recruit and retain the best people.