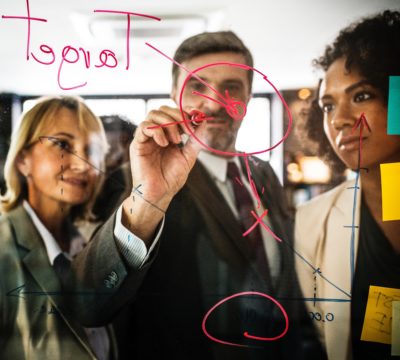 What is Extrinsic Motivation?

Extrinsic motivation includes behaviour that is driven by external rewards such as money and praise.

In an article entitled “Asinine Attitudes towards Motivation,” Harry Levinson describes his experience:

“Frequently, I have asked executives this question: What is the dominant philosophy of motivation in American management? Almost invariably, they quickly agree that it is the carrot-and-stick philosophy, reward and punishment. Then I ask them to close their eyes for a moment, and to form a picture in their mind’s eye with a carrot at one end and a stick at the other. When they have done so, I then ask them to describe the central image in that picture. Most frequently they respond that the central figure is a jackass” (Kerr, p. 8).

What is the carrot and stick approach?

“Carrot and stick” is a metaphot for the use of reward and punishment to incite a certain behaviour. Orginially it was based on the idea that a cart driver could motivate a reluctant horse by dangling a carrot and encouraging it with a stick. The carrot and stick approach has been used for many years as a workplace motivation technique.

Carrot and Stick approach to motivation

According to Levinson, the carrot and stick approach leads to a kind of self-fulfilling prophecy–the more one tries to drive people by manipulating their behaviour with rewards and punishment, the more they will try to resist by doing things like forming unions and sabotaging management efforts (Kerr, p. 9). “When employees sense that they are being viewed as jackasses, they will automatically see management’s messages as manipulative, and they will resist them, no matter how clear the type or how pretty the pictures” (Kerr, p. 9).

Money as a motivator – Cash: The Ultimate Reward?

“The first thing management thinks about as a way to reward employees is money, but the last thing it does with money is to use it as an effective reward for anything but attendance” (Schneider, p. 153). The literature tends to agree that the primary motivation of the paycheck is to get one to show up on the job every day, and little more, especially in any long-term sense. “There is no firm basis for the assumption that paying people more will encourage them to do better work or even, in the long run, more work” (Kerr, p. 19). According to Schneider in Winning the Service Game, paychecks and other cash incentives fail the following motivation tests (Schneider, p. 155):

“Just because too little money can irritate and demotivate does not mean that more and more money will bring about increased satisfaction, much less increased motivation” (Kerr, p. 19).

Punishment and Rewards: Two Sides of the Same Coin?

In Alfie Kohn’s controversial article on “Why Incentive Plans do not Work,” he states:

“Punishment and rewards are two sides of the same coin. Rewards have a punitive effect because they, like outright punishment, are manipulative. “Do this and you’ll get that” is not really very different from “Do this or here’s what will happen to you.” In the case of incentives, the reward itself may be highly desired; but by making that bonus contingent on certain behaviours, managers manipulate their subordinates, and that experience of being controlled is likely to assume a punitive quality over time” (Kerr, p. 19).

Brock Vodden of Vodden Consulting offers the following comments on Alfie Kohn’s work: “I spent some time looking at abstracts of research on this issue and collected a number of studies that either contradict or qualify the results that Kohn claims. And, studies that support his conclusions. There are some serious problems with Kohn’s work. As someone wrote in an article in a ed. journal (paraphrased): “Kohn is 95% right, but oh, that 5%” (Performance Management Listserve, March 2, 1999)..

While Alfie Kohn’s research methods and conclusions may be controversial, it is true that many of the rewards we receive at work cannot actually be utilized at work. We can’t spend our paychecks there, and we have to wait until retirement to collect on our pensions and other accrued benefits. Work, then, is the penalty we have to pay to enjoy these benefits. “It is not surprising, therefore, that for many wage earners work is perceived as a form of punishment which is the price to be paid for various kinds of satisfaction away from the job” (McGregor, p. 40).

So What Really Matters?

In relative terms, research tends to agree that there are other factors besides concrete rewards which are more important in determining employee satisfaction. In a study involving hundreds of employees, “the results showed that…confusion, politics, and conflicting goals on the job–inhibiting factors that made it tough to do good work–were more consequential than issues like pay and supervisory style, which organizations often assume to be the problem” (Schneider, p. 158).