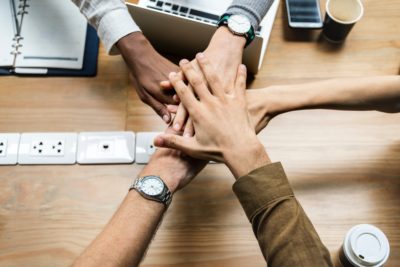 Workplace Culture – What is it and why does it matter?

Its role in employee recruitment, engagement and retention

Every company or organisation has a workplace culture, whether it has evolved organically or has been developed and nurtured every step of the way to fulfil a chosen organisational ethos. It gives a workplace a unique personality and character. It’s determined by an amalgamation of traditions, values, day-to-day working practices and policies, and the beliefs, attitudes and behaviours of employees from senior management right through to the newest kid on the block.

‘Culture encompasses the shared, taken-for-granted assumptions that a group has learned throughout its history – values held in common that extend beyond the framed mission statement hanging in the lobby.’ (Damian Zikakis, (2007) Finding the Cultural Fit. Detroit Regional Chamber)

A positive corporate culture will attract talent, drive employee engagement and ensure a better level of staff retention, as well as having an impact on job satisfaction, happiness and performance. As for a negative company culture – the consequences are too obvious to mention.

Why is company culture so important?

You spend long hours every day in your place of work. The company culture surrounding you informs every interaction you will have and has a profound effect on your mood, productivity and even wellbeing. This is why company culture is so important to businesses.

How has this culture come about? Is it part of a business strategy or is it left in the hands of fate? What about it works well and where does it fall down and need developing?

Reflecting on every element of this should be second nature to a leadership team. In doing so, it’s possible to cultivate a proactive and constructive workplace, and be very clear about how to articulate the company’s values.

Look at the difference between Selfridges and John Lewis on the one hand and British Home Stores, The House of Fraser and Debenhams on the other. The corporate culture defines the brand. Both the first two have strong brands while the others have struggled to create clarity, particularly with customers.

As far as recruitment is concerned, how can you find exactly the right person for a job – or at the very least, a person who can learn and grow into being the perfect fit for your company – if you aren’t able to identify what makes your company the place that it is? If you can, you will attract people who will fit in and be happy, and repel others who would be more effective working in a different company. Added to that, if the culture that has been promoted is not realised when candidates join, the retention rates start to plummet.

In a 2006 publication called, ‘Diagnosing and Changing Organizational Culture,’ by University of Michigan Business School academics, Robert. E. Quinn and Kim S. Cameron, four corporate cultures are identified. Of course, there may be more, but this is a useful starting point.

Which model is most like your company? Which sort of employee will be the best cultural fit, with personality traits, beliefs and attitudes and a working style that are compatible with your organisational culture?

Employees, who are engaged and satisfied, relishing a positive culture, will be invested in the success of the business and have a high level of commitment and loyalty. They are often the top performers, with elevated motivation and reduced absenteeism. They bring passion to their work which in turn engenders innovation and greater profitability rates.

Entrepreneurs spend much more on developing their culture, knowing that to attract the right talent they must believe in something. Millennials – those reaching adulthood in the early 21st century – are particularly drawn to organisations that have a strong identity, where there is a sense of belonging, and where a shared belief is strong, even when times are hard. This means personnel are much more likely to stay longer, reducing turnover rates.

Fundamentally a strong culture does set you apart from your competitors. A weak culture gives employees and customers a sense there is no competitive advantage.

How does Future Resume address the issue of company culture?

What Future Resume does for candidates is clarify their own values and beliefs, and for recruiters, make it easier for them to see the kind of candidates who are a good cultural fit with their organisations. A CV alone does not do this, neither does a regular job interview. They merely say what people have done in the past and do not touch that human dimension, which is becoming increasingly important in recruiting those people who will grow and work as part of something they can believe in.

This article was written by David Royston-Lee, former Secretary General of the Institute of Employment Consultants and one of the founders of Future Resume Ltd.