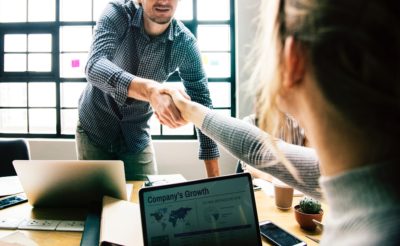 The world of recruitment is changing and I am committed to pushing as hard as possible to make the change a positive one.

As someone who has spent most of his career working in the recruitment related fields my ‘crucible’ moment (see the work of Prof Bill George at Harvard Business School and his book ‘True North’) was when as a recently graduated Psychology student I was given the job at my first role in Recruitment of interviewing the graduates. I thought it would be easy…look at their CV and their academic record and bingo – it would tell me where to direct them!

After the 5th person, I realised there was something wrong with comments including:

I also realised that the common question “So, what do you want to do?” only created a look of despair… of course, I realised, how can they know without experiencing in some way a role that suited their interests and talents?

Since then having interviewed hundreds of people and worked with hundreds of people made redundant or looking to change their career. My approach to helping them find a meaningful role that they can enjoy has taken up most of my time…I love doing it but always worry that I won’t be able to help that next person.

However, the constant bugbear all through my career has been the dreaded CV.

The Problems with CVs

People hate writing them, mainly because they can’t express what they really want to say, and often resort to getting someone else to ‘professionalise’ it to ensure the algorithms in the software used by recruiters gets them to the interview stage of the recruitment process.

They also are pretty hopeless for graduates with a series of part-time roles or internships where they were used as the unpaid dogsbody (in many cases…and increasing!) and certainly useless for those wanting to change direction or returning to work.

All CV’s can do is help those who are on a logical path and who keep focused on it. This was fine when you think back to the past when CV’s were invented when people had jobs for life and knowing the past did predict the future…but those days are truly gone.

CV’s have encouraged bias and yet are STILL being used!

What do we look for in candidates?

We look for the ‘right’ people with the ‘right’ background in terms of ethnicity, gender, schooling and academic achievement, and the ‘right roles with the ‘right’ companies…whilst the research shows that none of this will actually identify the ‘right’ person for a particular role. The concentration on past performance as an indicator of future success has been proven not to work in so many cases.

On an individual level, the past only indicates the amount of success or failure someone has endured or achieved. Whether someone wants to change their life, is up to them. Success happens when you want it to happen, and is not based on the past.

When you consider the amount of failure some people endure before affirming that “enough is enough” and change their lives to become very successful, it becomes apparent that some people are forced to change for the better. Those desiring an average life that does not have a moment of ‘enough is enough,” may never realize their future potential to become successful.

This is where bias starts – with the CV as the accepted way of starting the recruitment process.

Hence why Future Resume has evolved to encourage the process of people looking at alternative ways to identify the right people for the right roles. Where individuals can be honest about what they are looking for, where they can show their talents, their values and their aspirations for the future.

Future Resume removes bias from the recruitment industry and allows recruiters, hiring managers, and business owners to make informed decisions about the candidates applying for roles within their company.

Find out more about Future Resume and how it works.