Has Behavioural Interviewing had its day? 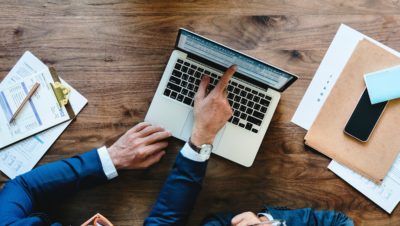 Analysing the effectiveness of behavioural interview techniques in recruitment

The evolution of recruiting interview questions and answers

Traditional interviewing methods involve hypothetical cognitive questions such as, ‘What are your strengths and weaknesses?’ and ‘What would you do if you had a serious issue with a colleague on one of your projects?’ This sort of questioning opens the door for candidates to regurgitate formulaic answers, because it’s not at all difficult to predict exactly what the interviewer wants to hear. ‘I’m a team-worker, a self-starter, an excellent time-keeper, a good communicator…’ and ‘I would arrange a 1-2-1 meeting, so we can explore the issue in a powerful way.’

It’s also very easy for a candidate to make things up or exaggerate their experience or competencies, with no realistic means for the interviewer to check the veracity of the assertions on the day. A traditional interview, then, tests candidates on slick responses – how well they interview – more than how well they will fit into a company and perform in their new role.

Behavioural interview questions and answers, on the other hand, offer a more nuanced insight into a potential employee. They are based on the hypothesis that past behaviour is the best indication of how someone will respond to a workplace challenge in the future.

Once an interviewer has identified the skills and competencies needed for the role on offer, they can ask tailored questions about the candidate’s past experiences and actions. In this way, it is believed, it’s possible to learn whether or not the candidate possesses the right qualities for a job in the company.

Behavioural questions or situational interview questions will be along the lines of, ‘Can you tell me about a time when you were under a lot of pressure at work with tight deadlines? How did you respond to the challenge?’ The candidate would be expected to describe a specific incident and how they dealt with it. The interviewer could then go on to probe for precise details which may illustrate the desired competency and the character traits of the candidate.

What are the problems with behavioural questioning?

While it’s not quite so easy for a candidate to blag their way through a behavioural interview compared with traditional questioning, it is possible for interviewees to prepare for this sort of behavioural approach. It’s a pretty sure bet that certain subjects will come up – decision-making and inter-personal skills, leadership, creativity, time management, flexibility and so on.

Again, what does this line of questioning test? It’s beset with recruitment problems that have existed since companies started recruiting. It will highlight a candidate’s ability to prepare, their confidence and eloquence when answering questions under pressure – but will it genuinely prove that they’re the best fit for the job? It favours a certain type of personality. It won’t show up that old Freudian psychological issue where someone once worked closely with a top performer and talks as if they were that person. It may alienate great candidates who find it patronising, so don’t take the interview process any further.

Recruitment Strategies – Context is Everything

Context is crucial but is often forgotten in a behavioural approach to interviewing. The job title could describe a thousand jobs in a whole range of companies, but this job is unique, depending on the company’s culture, the demands of the organisation, the attitude of a boss, difficult colleagues and the dynamics of the office, to list but a few factors.

It goes without saying that just because someone excels in a particular role in the environment of one company; it doesn’t mean that these skills will automatically transfer to a similar role in a different company. A candidate’s answers to behavioural questions can give the interviewer an idea but no guarantees about future performances based on the past.

Past results aren’t everything

Having once worked as the HR Director of Ogilvy UK, a global advertising and marketing agency, I saw that those working on ‘easy’ accounts were promoted for doing well whilst, in reality, the star performer was actually the one who worked on a very difficult account, with mediocre results. His promotion was blocked by his boss who ignored the enormous pressure under which the employee operated. The individual left the organisation after two years of challenging work with little to show for it.

I asked the question ‘Who was the better candidate, the one who got the best results or the person who stuck with it and produced less but managed the difficult client really well?’  Would this level of talent show up under behavioural questioning at a recruitment interview? Probably not, because, as a candidate, the story he tells may not come across as super-impressive because, on paper, the results don’t seem that remarkable.

Candidates who fall through the net of behavioural interviewing

What if someone’s at the start of their career, would be the perfect candidate for the job, but has no stories to tell about their brilliance because they haven’t had the opportunity to demonstrate it? Then, consider someone who has excelled in past jobs and can impress on every level in a recruitment interview, but has lost their motivation. Or, someone who appears to be perfect for the role, but is so stuck in their ways that they may create chaos in an organisation by putting their own blueprint of what needs to happen, taking no account of where the organisation is going, its history and its culture.

Future Resume is the way forward

Moving beyond behavioural questions and answers, Future Resume offers hiring managers a process which will help to determine an individual’s suitability for a job, by detailing their values, motivations and personal strengths. The emphasis is on what the person can offer in the future. We consider that a traditional CV and behavioural questioning are far too focused on past experience.

Future Resume will highlight those candidates who are hungry for excellence, full of energy and commitment, and even if they have less to recommend them as far as past experience goes, have the promise of being shining stars of the future, who can develop into a role.

Find out more about how to hire the right people with Future Resume.