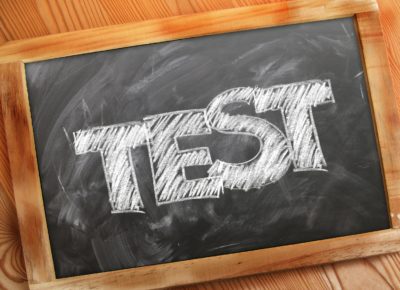 Psychometric testing in the recruitment industry

The positives, negatives and alternatives to psychometric assessment

Psychometrics can be defined as psychological testing. It is used, as stated by the Institute of Psychometric Coaching, as ‘a standard and scientific method…to measure individuals’ mental capabilities and behavioural style.’

In this article, we explain about the process of psychometric evaluation, its purpose in the recruitment industry, and the advantages and disadvantages of this type of assessment in identifying candidates who will be suitable to take on an advertised role.

A short history of psychometric testing

A short history of something with a very long history. Believe it or not, the first recorded example of testing for proficiency dates back to the Xia Dynasty in China (2200-1700 BC) when Emperor Yu embarked on a series of assessments for men who wanted to serve him as warriors.

Leaping forward to the late 19th century, we have Charles Darwin’s cousin to thank for the start of what we think of as psychometric testing today.  Sir Francis Galton is recognised for his pioneering studies into human intelligence and his belief that it could be measured scientifically. He chose reaction time tests as the basis for his work.

Early psychometric test questions often failed to measure what they set out to assess. For example, in late 19th century America, James McKeen Cattell used a battery of tests designed to evaluate memory span and rate of movement amongst other benchmarks, asserting that results indicated a level of intelligence. However, one of his own students, Clark Wissler, showed that there was no statistical relationship between test results and academic achievements.

Moving on, Alfred Binet, a French psychologist, invented the first practical IQ test in 1904, commissioned by the government to determine which students did not learn effectively so they could be supported with remedial work.

In more recent times, psychometric testing criteria have been modified and tightened up, gaining theoretical respectability so that the validity and reliability of tests, it is asserted, could be guaranteed.

What is psychometric testing?

There are many strands to psychometric assessment. It can be used as an objective measurement of knowledge and skills, attitudes and abilities, educational achievements and personality traits. For recruiters, it is invaluable to gain insight into some or all of these attributes in a candidate against a predetermined job profile.

Psychometric test questions often come in the form of statements. The answer bar has five grades ranging from ‘strongly agree’ to ‘strongly disagree.’ Examples of typical personality-based questions are:

There are no right or wrong answers, it simply gives a sense of what makes a candidate tick. The Myers Briggs test is probably the most well-known for personality testing, asking how you would react in particular situations and circumstances.

Aptitude for specific roles also falls under the umbrella of psychometric evaluation and could be to test spatial awareness, manual dexterity, numerical and verbal skills, and abstract reasoning, for example, depending on the potential role in the company.

With judicious testing, recruiters or psychometric testing companies can obtain a good general overview of a candidate’s personality, whether they are good team players, what motivates them and where they might need extra training. The test may also determine how well someone will fit into an existing team and thrive (or not!) in the company with its unique culture.

In this digital age, an online psychometric alternative is sometimes preferred. This means that recruiters will have access to the results before the interview stage and they can be used as a filter, to eliminate unsuitable candidates without further ado.

The results of a psychometric test, whether online or on paper at the company premises, add another piece to the jigsaw puzzle that makes up a candidate, along with the CV, covering letter, role-playing exercises, reference checks and interview.

Can companies rely on psychometric testing for better staff recruitment?

It has a number of advantages:

What about the disadvantages?

Along with many types of recruitment evaluation processes, psychometric testing can:

It’s important to say that this form of test should never be used as the sole means of assessing a candidate, but as part of an integrated evaluation strategy. If properly set up, it certainly has a place in the recruitment industry.

And what of Future Resume?

It is not a psychometric test but it takes the best elements of psychometric testing and transforms them into questions which expose the uniqueness of the individual. Focusing on future aspirations and potential rather than past experience, recruiters will discover an applicant’s talents and those they wish to develop, their values and the company culture that best suits their mindset, as well as the ideal role for them now and in the future.