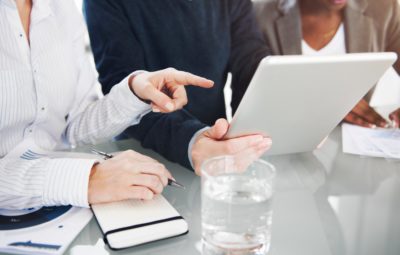 CV alternatives in the recruitment industry

Are you a hiring manager looking to improve the efficiency of your recruitment process?  Or perhaps you’re a candidate wishing to stand out from the crowd in your search for a new job?  Whoever you are, this article is a must-read.

A brief background to the traditional CV

In 1482, seeking a new job, 30-year old Leonardo da Vinci, wrote a letter which listed his capabilities and sent it off to Ludovico il Moro, Duke of Milan.

Here are two short sections, for your entertainment:

“I have kinds of mortars most convenient and easy to carry, and with these I can fling small stones almost resembling a storm; and with the smoke of these cause great terror to the enemy, to his great detriment and confusion.”

“I can carry out sculpture in marble, bronze, or clay; and also, I can do in painting whatever may be done, as well as any other, be he who he may.”

His handwritten resume, interestingly, doesn’t reel off past achievements, but focuses on the services he thinks the Duke of Milan may require. Could this be a lesson for us all, five centuries later?

In the 1500s, written resumes were carried by itinerant workers wishing to make a good impression on local guilds and lords of the manor, and this tradition continued through the centuries. Notably, in 1937, American self-help author Napoleon Hill published a book called, ‘Think and Grow Rich’ which included a chapter about ‘How to write a killer resume.’

CVs, then, were here to stay, an expected part of job applications, with pro forma CVs now available online as well as tools such as CV Builder developed to help job seekers in their quest to submit a professional resume.

What does a traditional CV contain?

A curriculum vitae, often referred to as a CV or resume, allows you to summarise your past experiences and achievements so prospective employer can get a sense of who it is they are considering for a role. It’s long been part of recruitment strategies across the world. Standard CVs enumerate:

Is using a CV for job applications outdated?

Yes and no. There are some much better CV alternatives, yet many recruitment agencies and potential employers stick to CVs. Why is this? Probably out of habit and the comfort of a familiarity. The traditional CV was useful when people had jobs for life. So looking at past employment was a reflection of ability in the same role in the future. Today, however, job roles are changing just as fast as people are changing the company they work for, their career goals and aspirations.

The rise of technology in recent years has also seen a lot of job roles become redundant. Factory workers have been replaced by robotic production lines that are capable of a capacity output far greater than their former human colleagues. Similarly, the rise of the self-service machine in our supermarkets is quickly replacing the need for cashier workers to serve customers. It is these people who face the most difficulty in securing a new role, not because they are not capable of learning a new job role, but because the experience on their CV is outdated.

A CV can be useful as part of the overall picture of a candidate with a long career history – but what about young people starting out in the job market with no experience to record? What about ex-military personnel, rehabilitated prisoners and people with other recruitment issues like disability? They struggle to find suitable employment through limited experience, not a lack of skills and ability.

Women returning to work having spent recent years caring for their family are able to perhaps only provide outdated references and experience in a role that possibly doesn’t even exist anymore. Their CV, a reflection of their experience years previously without any indication of current skills, professional goals, or experience gained outside of employment, acting as the only tool available to them to get their foot in the door.

It isn’t just the job roles that have changed. The culture of a company is entirely different to someone who is returning to work. Today, companies value their organisational beliefs, ethics, and employee communication far more than in the past. With these changes directly affecting employees of an organisation, we should look at how people can fit into these new roles in modern organisations now, not then.

Here are some more CV problems:

Finally, and this is where Future Resume excels by breaking out of the traditional approach, CVs focus on previous employment history. How much does this show an employer about the candidate in the future?

A Job for Life?

In the 50s and 60s, it was common to secure a job in a company at a young age where you would remain working until retirement. Often referred to as ‘lifers’, they benefitted from job security knowing every few years they would have learned enough about the business to be promoted.

If someone switched jobs, it was because they had been sacked or the business had shut-down. Many workers in this position would then find themselves in jobs they were not passionate about but were happy to accept this because of job security.

In the 80s and 90s when the recession hit, some people were made redundant. This created a snowball effect of workers deciding to jump before they were pushed. From this period, the job market became much more mobile and the ‘job for life’ a thing of the past.

No longer was it frowned upon to move jobs. In fact, the savvy employee knew when it was time to head in a new direction to a bigger company or more successful competitor. By 1996, only half of the UK workforce had been working for the same employer for more than five years. Five years later, the same number could only claim to have been in continuous employment for more than four years.

With increased access to career development courses at weekends and evenings, as well as grants that allowed workers to completely retrain, no one had to put up with a less than stimulating career. Opportunity was definitely knocking, all over the UK.

And so the trend has continued, all the way through to those embarking upon their employment lives at the beginning of this new millennium when new factors have come into play.

Unlike older generations, the millennial generation have grown up with technology. They don’t remember a time without mobile phones and social media; being familiar with a 24-hour lifestyle, they learn fast and play even faster!

So, they don’t have time to waste in a job that doesn’t satisfy them and employee loyalty is all but gone. Far from being bored in their work, millennial job hoppers are ambitious and eager to find their place in life – one that fits around their social commitments and, in time, their family life.

The increase in part-time and flexible working opportunities means that this is entirely possible and as technology advances, new roles are invented almost daily, allowing professionals to apply their skills in different ways that were unimaginable just a decade ago.

So much so that in 2015 we were looking at just a fraction over half of the UK job market intending to stay in their jobs for three years or more. In fact, only 17% could envisage remaining with their current employer for the rest of their working life.

Digital alternatives to the traditional resume

An interesting statistic – 87% of recruiters use LinkedIn to check out candidates during the hiring process. An engaging profile could do wonders for your prospects. Consider, too, your social media presence (very carefully!) and the benefits of a professionally-produced personal website.

Some recruiters ask candidates to showcase their talents by completing a task online, such as redesigning a website or carrying out a psychometric test. Then there are video applications; some recruiters assert that they can get more of an idea of a candidate in a 60-second video than from a lengthy CV.

The end of CVs?

Not quite. They are so deeply embedded into recruitment strategies that they’re not going to disappear anytime soon. However, prospective employers are placing far less reliance on them. An in-depth vocational tool which is mindful of the changing job landscape and the need for applicants with transferrable skillsets is the way to go.

A Future Resume will help you see more than just the work record and educational achievements of candidates. It builds up a digital image of a person, providing the information on their aspirations, their talents and their values, all that would become apparent in an interview, saving hours of time and shortening the recruitment process.