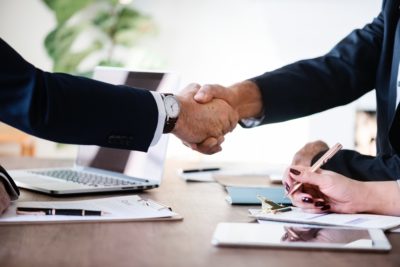 As we said in the last post about the outdated CV, the way we recruit has in its very nature of filtering those who as best from the rest. We look for the ‘right’ people with the ‘right’ background in terms of ethnicity, gender, schooling and academic achievement, and the ‘right roles with the ‘right’ companies…whilst the research shows that none of this will actually identify the ‘right’ person for a particular role.

Bias is second nature to all of us and we need it to be able to identify danger and run away from it. However, in terms of the recruitment process in today’s world, it can stultify any creativity and innovation and ultimately lead to the demise of the business.

Diversity and Inclusion – Perspectives in hiring

The concentration on diversity and inclusion has done a lot to counteract the negative effects of bias in organisations by enabling the ability to look from different perspectives on what a business is doing and where it needs to change and develop. It also helps to engender a greater degree of creativity and reduction in fear about the future and thereby allow a degree of risk-taking in terms of looking outside the obvious paths for the future.

Importantly, for recruitment, it brings a greater awareness of the potential talents the organisation might benefit from and the specific ones they might need for the future.

Meredith Belbin and his collaborators during the ’70s looked at high-performance teams and found that simply putting together a group of grade ‘A’ students didn’t work. He realised that intelligence alone was not enough. Through many years research, nine key roles were identified that were crucial for a team to be successful. For more information, you can visit Belbin.

I often use Belbin when I come across companies who use Psychometrics, but in a sloppy way, identifying their ‘best’ person’s profile and trying to replicate it, taking little interest in what effect that has on the makeup of the team or the cultural changes that will come out of it.

I believe this approach to ‘stick to what works’ is a short term approach to recruitment where managers are insisting HR find someone like the person who had the role before not taking in consideration the bigger picture, changes that are occurring in the economy and in technology and the need for greater diversity in people within the organisation to reflect the changing needs of their customers outside.

In Linkedin’s Global Recruiting Trends last year, it was interesting to see that 62% of those companies who value diversity saw that it improved performance and 78% believed it also enhanced a company’s culture.

This is a far cry from my days as HR Director at Ogilvy which was then in Canary Wharf, where I was personally interested in helping to get more people from the nearby borough of Tower Hamlets to work with all the companies moving into the new buildings. Racial bias was particularly an issue at that time, and there were numerous studies that, still today, prove that white job applicants are 70% more likely to be more successful than someone from an ethnic minority.

An ‘unpronounceable’ name at the top of a CV meant more times than not that the screening process would stop there…I remember changing names to get a good candidate a chance of an interview.

Ogilvy itself at that time was more interested in ‘Oxbridge firsts’….luckily this has all changed, and with the influence of people like the present Vice Chairman Rory Sutherland. Rory has done a lot to encourage greater creativity and innovation through diversity and even suggests ‘hiring in groups’ and randomising selection criteria to ‘mess up’ the natural propensity to go for the ‘safe’ bet.

“Find one or two things your boss is rubbish at and be quite good at those things.”

So, when it comes to recruitment in today’s and tomorrow’s world, we need to be ‘biased’ in a different way…biased in not going with what has always been done, biased in looking at the diversity of candidates and identifying those who might, in a good way, shake up the team they are going into, biased in finding those who don’t ‘fit’ the profile, but have ‘something else’ to offer.

This can’t be found in a normal CV which is normally written to be useful for a number of opportunities and almost always includes words like ‘team player’ ‘organised’ and uses his/her initiative’ without any real understanding of the person. That understanding, however, can be seen in a Future Resume.

Also, at Future Resume, we have the ability to create unbiased information on candidates. We can identify what candidates have done, can do and want to do, whilst at the same time not include, age, sex, ethnic origin, where they live, what schools/colleges they went to and companies they worked for in the past…

If you’d be interested in seeing what we can do in this area of what we call ‘Biased Diversity’ please contact us.